The agency created a fun “make the right choice”-themed TV ad that drew a contrast between everyday scenes where a choice is impossible and the freedom to choose Mint Energie’s more environmentally friendly electricity.

Camden’s Lyon, Toronto and Montreal offices worked together to produce the 30-second TV commercial that aired on French networks during environmental and news programming. The television campaign was supported by online ads and a subway poster campaign in the Paris metro.

Formerly known as Les Distilleurs, Camden Lyon was chosen following a 5-agency pitch in France. The Lyon office developed the Mint Energie brand platform, the marketing-communications and media strategy, as well as all creative executions. The TV commercial itself was helmed by talented Quebec director Nicolas Legendre and produced by Camden Toronto in close collaboration with the agency’s staff in Lyon and Montreal. 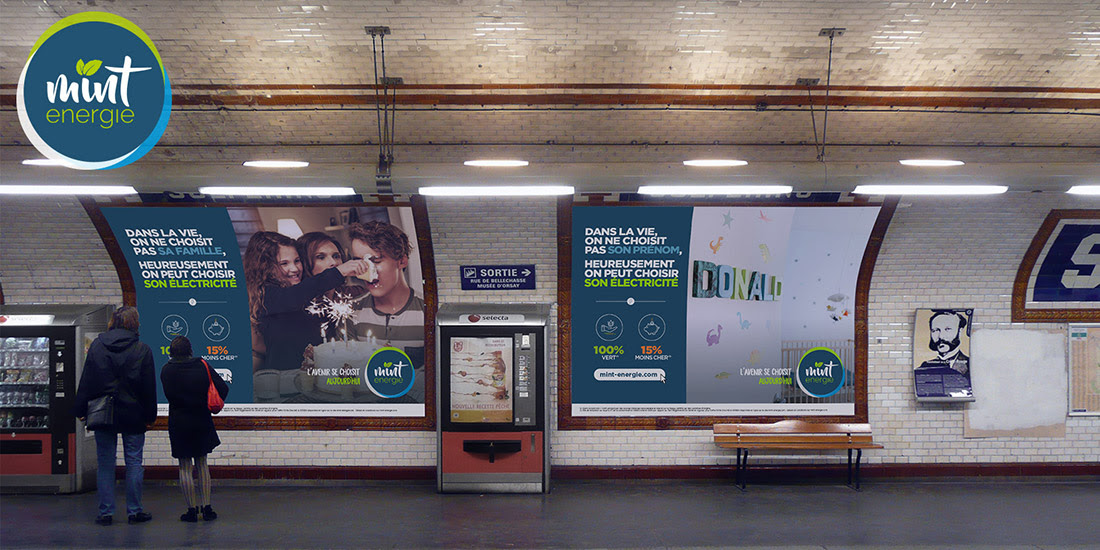 “This campaign is a wonderful illustration of the added value that Camden’s international network brings to our clients,” commented Thomas Ardisson, VP Development at Camden Lyon. “We leveraged our talent, agility and responsiveness in France and Canada to create an effective, high-quality campaign that fulfilled our client’s needs. It does a great job and we’re really proud of it.”